Gran Canaria, the so-called “miniature continent”, is characterized by the richness of different landscapes and microclimates in an area of just over 1.500 km²: arid deserts, abrupt volcanic formations, lush forests and delicious beaches that have nothing to envy from other spots around the world.
The kilometric Playa del Inglés and the Natural Reserve of Maspalomas and its breathtaking Dunes are just some examples. Naturally, discovering Gran Canaria´s symbol par excellence is a must: the Roque Nublo. The Natural Monument is located at the geographical center of the island. Next to it, you will find other singular rock formations just as the so-called Roque del Fraile (i.e. monk rock) and La Rana (i.e. the frog). 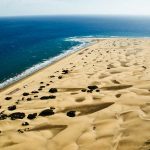 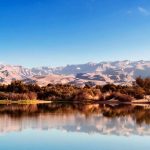 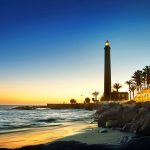 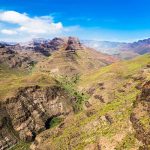 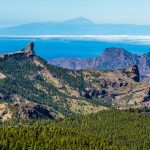 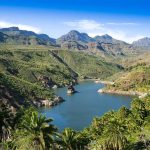 From Playa del Inglés up to the old lighthouse at its extreme, Maspalomas embraces the breathtaking Dunes, which are declared special natural reserve.

LAS PALMAS DE GRAN CANARIA: THE MOST COSMOPOLITAN CITY OF THE ISLANDS 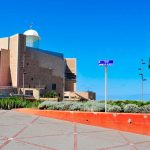 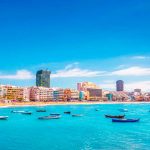 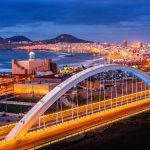 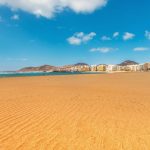 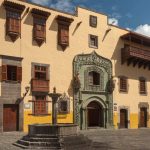 Hotel THe Fataga is in Las Palmas de Gran Canaria, the most cosmopolitan city of the Canary Islands and one of the cities with the best weather worldwide. Its privileged geographical location makes the capital city be a cultural and economic link between Europe, Africa and America. The flight connections place the island at just two and a half hours from Madrid, at four hours from the main European cities, and at six hours from America. The capital is considered the economic heart of the Canary Islands due to its status of mandatory crossroads between three continents. Its intense commercial activity makes it the shopping centre of the archipelago. Merchants from distant countries such as India or the Far East, who have chosen this city to develop their commercial activity, cohabitate with traditional commerce and modern shopping centers.
Las Palmas de Gran Canaria stands out for the beauty of its seacoast, and boasts about having one of the most recognized urban beaches that is simply unique: Las Canteras.. In the capital city, the indigo colour of the sea invites you to have a break and to wind down, but also to practice any kind of water sports and activities all year round. In addition, five beaches, a stunning seafront avenue, and an internationally acclaimed regatta sailing course attest the marine character of this city that is part of the World Surf Cities Network.
The city shows its richest identity through its port, Puerto de La Luz y de Las Palmas. The port is characterized by the constant flow of people, goods, and services. Doubtlessly, this welcoming capital opened to the world is a true sign of cultural mix and coexistence.
The historic center of Vegueta and the shopping area of Triana show the traces of the passing by of kings, explorers and distinguished visitors. Strolling around these colonial-style streets feels like travelling to the past of a city with more than five centuries of history.
This city has witnessed the passage of historical characters like Christopher Columbus, and has suffered the greed of pirates from foreign lands due to its strategic location. Its buildings literally have given birth to famous characters such as Benito Pérez Galdós and Alfredo Kraus.
The city is home to major international festivals, such as the ones of classical music, film and opera. The artistic and cultural events experienced here do position the city as a reference in the Canary Islands and in the rest of the land. The Carnival, the Jazz Festival and the Theatre and Dance Festival are just a few examples.

A SPOT FOR SPORT LOVERS

Doubtlessly, Gran Canaria is the ideal place for practicing sport in the open and direct contact with full nature. The kindness of the sea and the wind, as well as the average water temperature of 20º make of Gran Canaria the perfect place for surf, bobyboard or kitesurf lovers. Naturally, Gran Canaria is also a prominent place for lovers of diving, fishing and sailing.
An internationally acclaimed regatta sailing course attests the marine character of the capital city, Las Palmas de Gran Canaria, that is also part of the World Surf Cities Network.
Furthermore, Gran Canaria is popular for golf practicing. The average annual temperature of 23.5º and incredible landscapes as a backdrop are the perfect scenario for this activity. For example, we invite you to enjoy a pleasant “swing” day at International Course of Maspalomas, located on the seafront and surrounded by Special Natural Reserve of the Dunes.
However, Gran Canaria is also a refuge for lovers of the rugged mountains, the green and the humidity. The island offers an extensive trail network for hiking accessible to all audiences with more than 300 kilometers of paths and 33 protected natural areas.
Naturally, you can also conquer some spots of our island by bike, which is a healthy way to get to know it. You can choose the difficulty level, the duration and the route you like: biking relaxed through the capital city streets and promenades, or putting your fitness to the test by biking through mountains and abrupt landscapes. For example, you can ride from the golf court from Maspalomas up to Pasito Blanco, a 22 km long tour, which is short and practically flat. You can also discover the North. If you are a sensation seeker and you dare, you can try the so-called “wine and volcano route”, which is 27 km long and goes through Bandama, Tafira and Santa Brígida. For the fittest ones, there is the round-the-island-tour by bike starting at Puerto de Mogán: it is just as tough as spectacular. 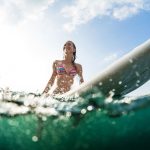 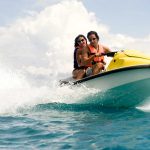 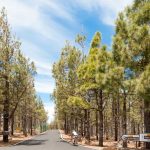 WALKING OVER A SEA OF CLOUDS 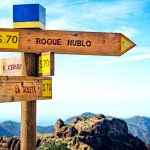 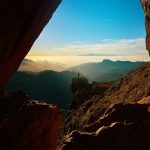 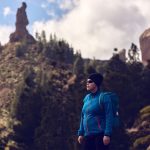 The image of an overwhelming place, where one looks at the horizon and understands why the title of “miniature continent”. Gran Canaria is not only a destination for sea and beach lovers. It is also a refuge for lovers of the rugged mountains, the green and the humidity. The island hides secrets that want to be discovered by those who love nature, who are not in a hurry and who let be conquered by the silence.
Gran Canaria offers an extensive trail network for hiking accessible to all audiences. With more than 300 kilometers of paths and 33 protected natural areas, you decide the level of difficulty, the route and the duration – alone or accompanied, whether in the North or in the South.
Every path you take is a historic trail traced by the ancient Canaries, and is a fascinating trip to natural and native places that are rich in flora and fauna. The entangled relief of the mountains, the crossroads, a curious mixture of superb cliffs and kind trails, slender palm trees and elegant pines make hiking on this island as attractive as a treat is for a child.
From the peaks, starting at Cruz de Tejeda, through the lush Barranco de La Mina and arriving at the historic village of Teror. From Pico de Las Nieves, the highest point of Gran Canaria, reaching the volcanic Caldera de los Marteles. Or through the shelters of the Canary laurel forest in Tilos de Moya. Whatever you decide, a sublime view and the distinctive scent of earth await you.

Definitely, it is a privilege enjoying beaches and marinas that not only possess the Canarian natural beauty, but also highlight for their quality. In Gran Canaria, Maspalomas, Meloneras and Playa del Inglés, among others, have been awarded with the prestigious Blue Flag.
Playa del Inglés, beach of golden finest sand and peaceful waters, is three kilometers long and has become one of the most populars of Spain.
Certainly, Maspalomas will take your breath away. From Playa del Inglés up to the old lighthouse at its extreme, Maspalomas embraces the Charca (i.e. pond) and the breathtaking Dunes, that are declared special natural reserve . These protected natural spaces attract the attention of tourists and scientists and are certainly emblematic symbols of Gran Canaria. 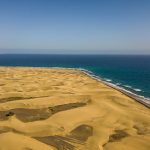 Any doubts or requests?
We will be pleased to help you out.
CONTACT US